Is Chuck Muth Bipolar or Just a Liar?

By now anybody who cares to know is aware that Chuck Muth has about as much credibility passing judgment on elected officials as Elizabeth Taylor did picking husbands. 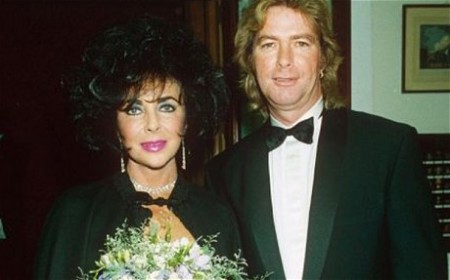 Listening to Chuck Muth about Nevada politics, is like taking relationship advice from Liz Taylor (pictured with marriage #8, Larry Fortensky).

The latest case in point is John Hambrick, the veteran Assemblyman and former Clark County GOP Chairman, whom Muth has lauded for years. Who can forget this inspiring post just a couple of weeks ago on his award whining blog, MuthsTruth.com:

Thus is the Horatio Alger-like fortune of conservative Republican Assemblyman John Hambrick, the new Speaker-designate for the Nevada State Assembly, whose story reminds us of the old saying, “No guts, no glory.”

Now it’s not like Chuck is some novice, who doesn’t know the players in Nevada politics. He bills himself as “having extensive public policy and political experience”. And yet, when Mr. Mouth lips off about John Hambrick, or any of the other dozens of right of center politicians whom he previously endorsed or praised, he expects us to forget all the wonderful things he said about the very subjects he now attacks?

So to the readers of Chuck’s spam e-mails: Check your source. Chuck’s track record of talking out of both sides of his Muth is well documented and his hidden agenda motives are more than suspect.

This entry was posted on Saturday, January 3rd, 2015 at 11:20 am and is filed under Muth "Endorsement" = Kiss of Death, Muth vs. Muth, Muth's Endorsement (kiss of death), Political Chuckster. You can follow any responses to this entry through the RSS 2.0 feed. You can skip to the end and leave a response. Pinging is currently not allowed.